I promised I would update on our Rocky Mountain shoot to the Tetons and Yellowstone and I will, but I have other news first! 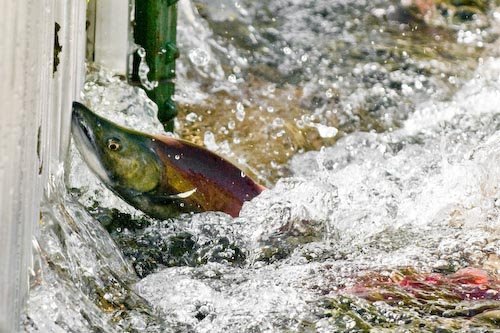 We returned from the Rockies on Saturday the 11th, and on Sunday we took a short ride to Taylor Creek where the Kokanee spawn at Lake Tahoe. Kokanee are landlocked cousins of the sea-going Sockeye Salmon and were planted by
biologists in 1944. Every year they return to spawn where they were born, Taylor Creek. Almost every year I also return to watch, photograph and hopefully see a bear. 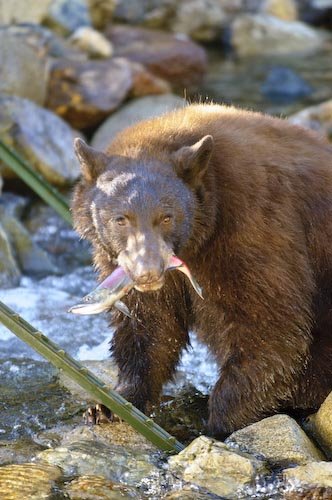 This year it happened! Kathy was the first to see the bear, just 50 feet or so off the paved trail that boarders Taylor Creek. We watched as it approached the trail and as it did others noticed it, too. There must have been a couple of hundred people that came to see the Kokanee and a good many where in the right spot to see the bear.
For this past week I have done little else except go to Taylor Creek in hopes of photographing more bears fishing for the bright red Kokanee. So far I have seen and photographed 3 different bears. 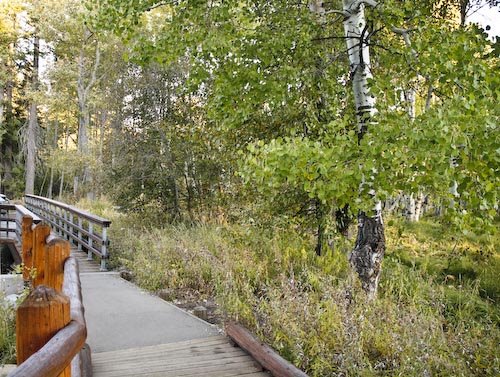 One night, after almost everyone left and it was getting too dark for photographs, Kathy and I decided to take one last walk down the path toward the stream profile chamber. A bear was pulling a Kokanee out of the stream that came from the chamber and was walking in my direction. In a flash, it dropped the fish and started running toward ME! I was only about 50 feet from the bear and before I could say holy ‘you know what’ the bear jumped up the Aspen that I was standing next to! (you can see the Aspen on the right of the photo, I was on the trail just a few feet from the Aspen) After a moment or two, the bear came down from the tree, stood on its hind legs and sniffed the air, then found the fish it dropped and ate it. We left. What a thrill!
This a very large  bear I photographed the night after the ‘Thrill’, 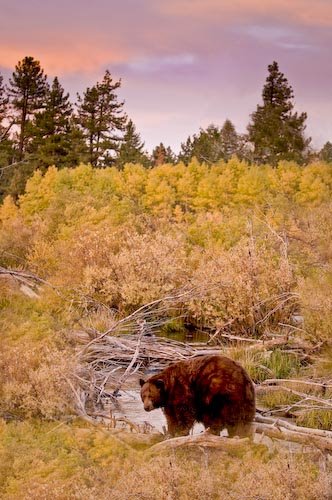 perhaps this is what scared the other bear! What a fat Bear!
Teton trip results on my next blog… stay tuned.
http://www.stamates.com